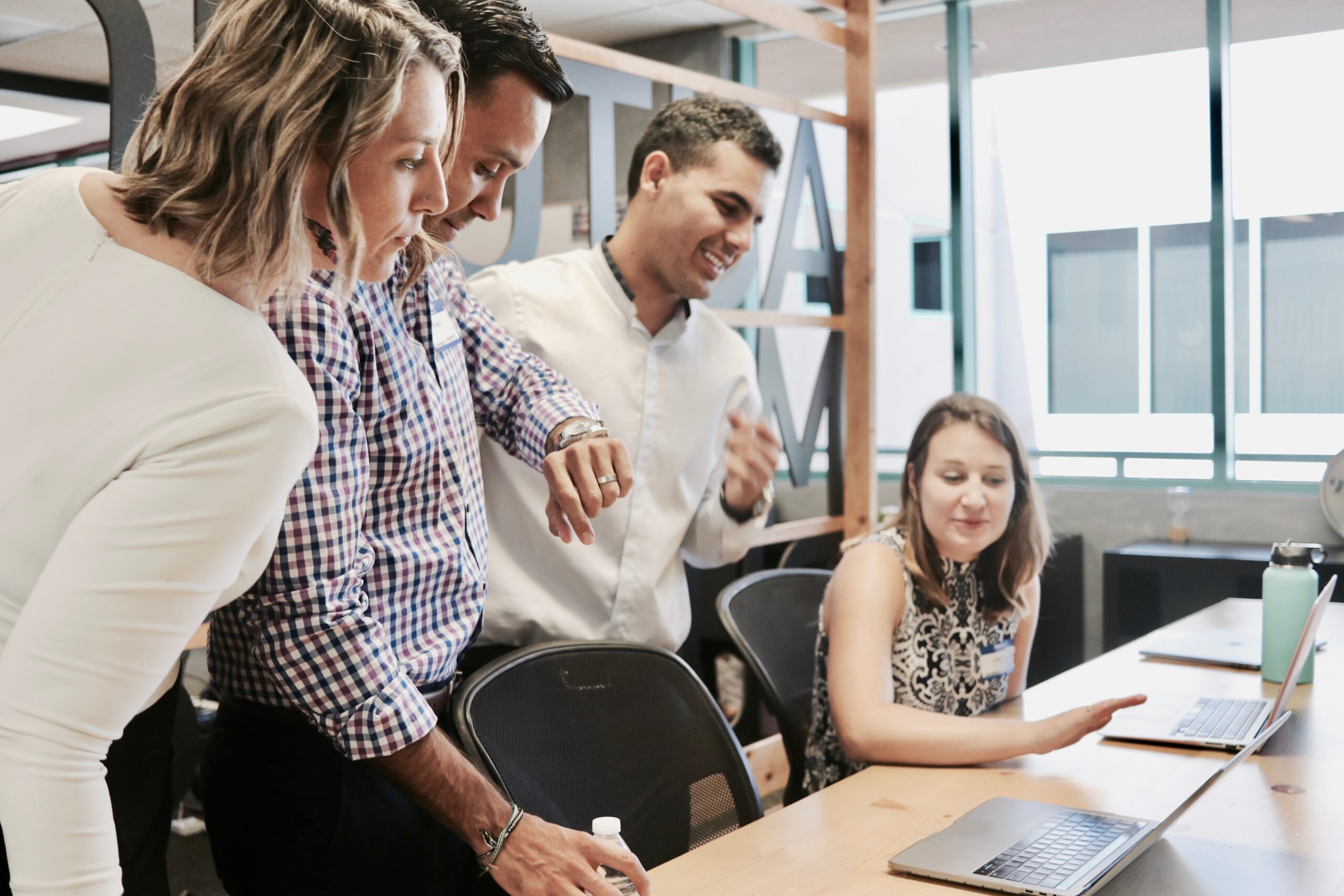 Alert – Alert is an independent fund that supports progressive projects by and for youth, all over the world, with small-scale subsidies.

American Jewish World Service – AJWS supports advocates who defend human rights and work to advance civil and political rights at all levels of society, from local communities to national courts. Together, they are demanding safety for human rights activists and building powerful social movements to usher in equal rights, justice and peace.

Amplify Change – A fund which aims to empower young people, men and women to realise their sexual and reproductive rights. Amplify Change’s vision is to help to secure universal recognition of sexual and reproductive health and rights as human rights, enabling women, men and young people to realise their full potential in safe and supportive environments.

Arcus Foundation –  The Arcus Foundation is a leading global foundation dedicated to the idea that people can live in harmony with one another and the natural world. Arcus believes that respect for diversity among peoples and in nature is essential to a positive future for our planet and all its inhabitants. They work with experts and advocates for change to ensure that LGBT people and our fellow apes thrive in a world where social and environmental justice are a reality.

Astraea Foundation – Astraea supports lesbian, trans, intersex and LGBTQI groups that promote racial, economic and gender justice and mobilize communities to challenge oppression and claim rights. They fund groups in the United States, primarily led by LGBTQI people of color, and groups across the globe. They strengthen LGBTQI groups by providing flexible general support grants ranging from $5,000 to $30,000 per year in two funding cycles.

The Baring Foundation – The purpose of The Baring Foundation is to improve the quality of life of people experiencing disadvantage and discrimination. They aim to achieve this through making grants to voluntary and other civil society organisations and by adding value through promoting knowledge and influencing others.

Dreilinden – Dreilinden supports social acceptance of gender and sexual diversity by means of grants to existing organizations and project grants, as well as by social investments, and networking. Applications are accepted by invitation only.

Ford Foundation – The Ford Foundations works to enhance public understanding of inequality based on gender, race, and ethnicity, our work supports new kinds of organizing, networks, collaboration, and strategies that include and go beyond the gains made through legal and policy advocacy. They engage groups that are testing new strategies and alliances and that are expanding tactics beyond shifting rules to advancing cultural change.

Foundation for a Just Society – Foundation for a Just Society envisions a world without discrimination — where people are equally valued regardless of gender, race, ethnicity, economic status, or sexual orientation. It understands that gender-based discrimination intersects with other aspects of a person’s identities and circumstances and partners with organizations whose visions of realizing women’s and LGBTI rights cut across multiple issues. FJS provides grants to strengthen movements that advance the human rights of women, girls, and LGBTI people globally — with particular attention given to work in Central America, Francophone West Africa, South and Southeast Asia, and the US Southeast. Through direct grantmaking, capacity building, strategic communications, and leadership in philanthropy, FJS encourages braver strategies and bolder leadership in global movements for women’s and LGBTI rights. It makes 1, 2, and 3-year general operating grants ranging from $25,000 to $500,000/year to local, national, regional, and global organizations. Applications are accepted by invitation only.

Fund for Global Human Rights – The Fund makes grants to local, national, and regional non-profit, human rights organizations based in the countries where we have grant programs. Programs are currently in Algeria, Morocco, Tunisia, Egypt, India, Pakistan, Mexico, Guatemala, Honduras, Liberia, Sierra Leone, Guinea, Democratic Republic of the Congo, Uganda, Burundi, Thailand, the Philippines, and Burma. The Fund defines human rights activities as those that seek to challenge the structures of power so that they defend, protect, and promote human rights. The Fund does not have thematic restrictions and supports organizations working to address a wide range of human rights problems.

Human Rights Watch – Hellman Hammett Grants – Human Rights Watch administers the Hellman/Hammett grant program for writers all around the world who have been victims of political persecution and are in financial need ($10,000 grants).

International Gay and Lesbian Association of the European Region (ILGA – Europe) – ILGA-Europe does not provide recurring funding to LGBTI organizations, but small grants, usually in the context of capacity development and advocacy opportunities in Europe. ILGA-Europe also works to increase funding available in Europe and to ensure that the needs of the LGBTI movement in Europe are understood by funders.

Mama Cash – Mama Cash awards grants to groups, organizations and networks led by and working for the human rights of women, girls and trans people. They provide core grants that support entire organizations as opposed to isolated projects or events.

The Other Foundation – The Other Foundation is an African trust that gathers support for those who are working to protect and advance the rights, wellbeing and social inclusion of homosexual and bisexual women and men as well as transgender and intersex people in Southern Africa.

Planet Romeo – The Foundation supports projects that aim to improve the position of LGBTI people all over the world, with emphasis on the most disadvantaged communities and locations. Projects focus on three priority themes: Safety & Shelter, Education and Sports & Culture. Grant awards range from 500 Euro to 5.000 Euro. Application deadlines are January 1, April 1, July 1, and October 1.

Sigrid Rausing Trust – The SRT supports organizations working to enhance the legal standing and social acceptance of Lesbian, Gay, Bisexual, Transgender and Intersex people. They have a particular interest in the relationship between discriminatory laws, homophobia and violence. Applications are accepted by invitation only.

XminusY – XminusY supports social movements, action groups and change makers who are fighting for a fair, democratic, sustainable and tolerant world. Direct action grants with a maximum grant of 3.000 Euro.

European Instrument for Democracy and Human Rights (EIDHR) – EIDHR awards grants through competitive calls for proposals listed on their website. These calls for proposals may be launched either by European Union delegations on the ground (“Country-Based Support Schemes”) or by European Commission headquarters in Brussels. Applicants have to follow the instructions given in the “guidelines for applicants” for each call. Grant amounts vary depending on proposal request. (10.000 euro +)

European Endowment for Democracy – European Union Fund for countries bordering the EU (including those in North Africa and Middle East).

Global Equality Fund – LGBT International Fund at the United States Department of State, which operates though specific calls for proposals and small grants via US embassies.

National Endowment for Democracy – The NED is a nonprofit organization created to strengthen democratic institutions around the world through nongovernmental efforts. The Endowment is guided by the belief that freedom is a universal human aspiration that can be realized through the development of democratic institutions, procedures, and values. With its annual US Congress appropriation, it makes hundreds of grants each year to support prodemocracy groups in Africa, Asia, Central and Eastern Europe, Latin America, and the Middle East.

The following embassies may also be contacted for inquiries about funding for LGBT causes: Australia, Belgium, Canada, Finland, Germany, Netherlands, Norway, Sweden, Switzerland, the United Kingdom and the United States (ask for the officer in charge of grants and/or civil society/human rights).

U.S. Embassy Small Grants Programs – Many U.S. Embassies around the world offer small grants programs to support civil society. Please refer to the website for the U. S. Embassy in your country and/or inquire with your contacts at the embassy for more information.

We collect standard internet log information and details about the behavior of visitors to our site. We do this to find out things such as the number of visitors to the various parts of our site and to provide you with a better experience. We collect this information in a way which does not personally identify you and we do not match it with any further data on an individual user.
Cookies are small text files that are placed on your device to help our website provide a better user experience. Cookies are stored on your individual device and you have full control over their use.
Cookie settingsACCEPT
Manage consent

This website uses cookies to improve your experience while you navigate through the website. Out of these, the cookies that are categorized as necessary are stored on your browser as they are essential for the working of basic functionalities of the website. We also use third-party cookies that help us analyze and understand how you use this website. These cookies will be stored in your browser only with your consent. You also have the option to opt-out of these cookies. But opting out of some of these cookies may affect your browsing experience.
Necessary Always Enabled
Necessary cookies are absolutely essential for the website to function properly. These cookies ensure basic functionalities and security features of the website, anonymously.
Functional
Functional cookies help to perform certain functionalities like sharing the content of the website on social media platforms, collect feedbacks, and other third-party features.
Performance
Performance cookies are used to understand and analyze the key performance indexes of the website which helps in delivering a better user experience for the visitors.
Analytics
Analytical cookies are used to understand how visitors interact with the website. These cookies help provide information on metrics the number of visitors, bounce rate, traffic source, etc.
Advertisement
Advertisement cookies are used to provide visitors with relevant ads and marketing campaigns. These cookies track visitors across websites and collect information to provide customized ads.
Others
Other uncategorized cookies are those that are being analyzed and have not been classified into a category as yet.
SAVE & ACCEPT